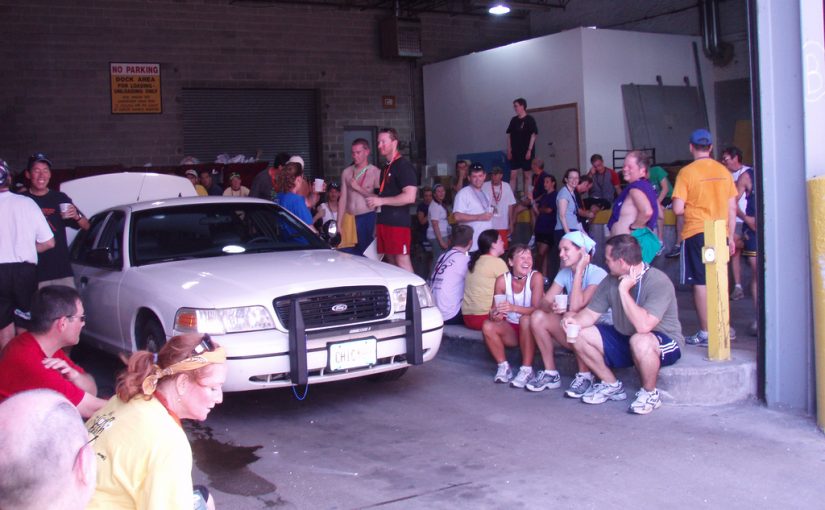 The tradition continues for 2007 as Chicago’s flagship all-women run major hash event brings game to Beverly Hills 60614 in Lincoln Park for the first time I can recall with a highly enthusiastic and entirely new crew of hares. More buzz about “Top Secret” stuff on trail than I’ve ever heard – I’m really looking forward to this! Or should I be scared?

Pay by paypal to h3pop@yahoo.com or cash at the hash to Just Lauren, Mount Schwiiinga, PACKhER Ass, Salty Gash, or Likes it on the Bottom.

Whooz Coming So Far?
The paid registration list is just starting to build!
Don’t Miss the 10/1 deadline for the $30 bargain price!

Come out and support our Harrierettes!!!

Public Transit –
From Lincoln Park/Lakeview: Red Line to Fullerton, hoof it 100′ West to Sheffield, North to blocks to Lincoln/Sheffield/Wrightwood and one block Northwest on Lincoln.

We’re currently planning another visitor-friendly Sunday “kegs & eggs” hangover hash at Fuji’s on the Party Central Skydeck similar to Post 1500. Note mid-October is NOT the same as mid-July in Chicago so it might devolve into an NFL gamewatching beerfest indoors after the run which is fine as I can setup the multiple HDTV’s into the “sports bar configuration” I use for Bears games and the Super Bowl. Note Bears play Vikings at Noon so parts of the game might get viewed on trail!

As there will be a keg involved, the early birds can see in person the now-legendary Party Central “power keg hoist” in action!

Public Transit –
From Lincoln Park/Lakeview: Red Line to Fullerton & truck it four blocks North to Wolfram up Sheffield or Brown Line to Wellington and two blocks South down Sheffield to Wolfram.