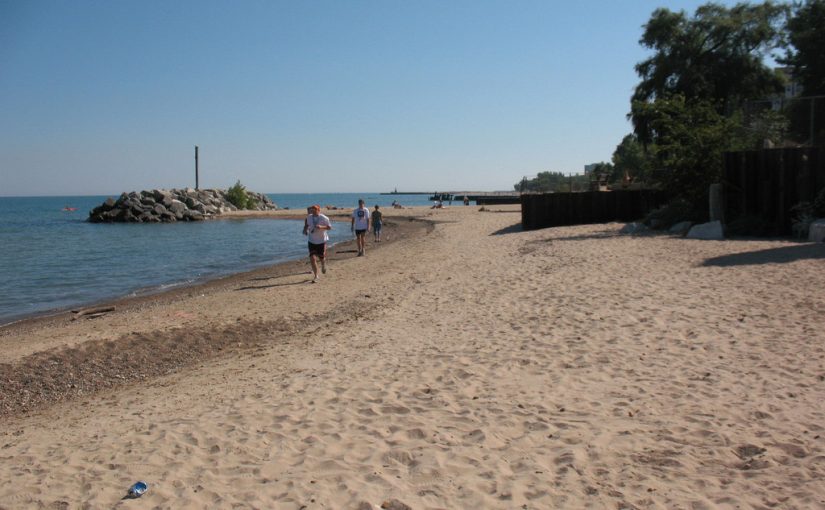 By The Enema Canal
Chicago Trypoon

CHICAGO #1544 – Temperatures in and around the “Green Zone” plummeted to all time lows as the Chicago Hash Team prepared to start their regular summer season after last week’s exhibition hash at the Red Apple. After watching from the sidelines during the winter hashes, BAG SQUEEZER set out to lay his first trail with veteran CHICKEN STIFFER backing him up.

The team is looking good this year after recent acquisitions in the free agent market, picking up MORE TAIL in a last minute trade with Boston HHH. This will give more depth to the bench especially with NO PENETRATION still out after his injury during the off-season from riding motorcycles through flaming hoops..

After the chalk talk was completed, strategerie (it’s a real word, even if spellchecker disagrees) was discussed, and introductions made; the pack was off towards the glitzy shops on Armitage. Recently named HOOSIER DADDY (the hasher formerly known as JUST ROB) and THE ENEMA CANAL quickly took the lead and followed the trail down some alleyways.

As always for the FRBs, it wasn’t too long until they started running into Splits and Checks and falling further and further back due to poor decision making skills (intelligence is not a pre-requisite for hashing). THE PORCELAIN GOD (formerly JUST BRIAN) and JUST I LEAN started to move into the lead, especially when ENEMA followed JUST TIM down some extremely long and extremely wrong shortcuts (apparently common sense is not a pre-requisite either).

WRAPPER SNATCHER obviously felt that the rest of the pack was screwing up as she started issuing orders to the pack.

[NOTE: Read the next line in a high pitched voice.]

“I can’t run the check, I’ll die. You go check it,” (add laughter, the giggling kind) she ordered sending ENEMA down a false trail..

[NOTE, NOTE: Okay that was very good, but you didn’t have to read it out loud. I mean just look around, people are staring, aren’t they? Now would be a good time for an awkward laugh.]

No one was immune to her demands and I’m sure she sent SIR POOPS A LOT and JUST STEVE on similar geese chases. We’re lucky we didn’t have to carry her to the Beer Stop at Oz Park.

At the Beer Stop the fatigue started to affect everyone. Remarkably, it seemed as if MOUTHFUL OF MEAT, CUMS ON I LEAN, and SALTY GASH weren’t winded the slightest bit. Along with them was CHICKEN STIFFER who had gone through a lot of trouble to transfer Summer Moon to MGD Light cans and then painstakingly reweld the mouths shut. JUST JODY showed up a few minutes later after running with another running-influenced group(Et tu, JODY?) It wasn’t long until the cold got to everyone with CUMA SLUTRA giving head to THE ENEMA CANAL without him ever asking (which is also a pre-requisite…No?…Honestly it is, I believe it is in Article 69 of the By-Laws for Greater Chicago Hashing…Look it up).

[NOTE X 3: As of this posting there is no Article 69 of the By-Laws for Greater Chicago Hashing because the paper that was supposed to be used to print it out was accidently used to make POP registration forms and origami cranes.]

At the On-In we were greeted by TOO MUCH HEAD (not possible but still great to be greeted with) and MT. SCHWIIINGA . Prior to starting the circle, BATTERIES NOT INCLUDED attempted to get CHICKEN to delay because CALVIN KLEIN was cuming. Rather than wait, we proceeded with CHICKEN Co-RAing with EZ ON THE ASS which lasted all of about 15 minutes. It wasn’t long until CHICKEN called JUST I LEAN and THE ENEMA CANAL in the circle for being the FRBs, only to screw up “They’re the Racists” and then forget to make the FRBs drink for their original offense. It was at this point CALVIN showed up.

So let’s try this again. CUMA SLUTRA was called for feeding a parking meter with a sticker displaying “MON-SAT; 9AM-6PM.” WRAPPER SNATCHER was called into the circle for using a vessel smaller than a shot glass and was required to finish off the remnants of a pitcher. WRAPPER SNATCHER and ENEMA also received their Swiss Army CH3 10th Run Combination Whistle/Can Opener/Lanyard.

Okay this is where things get a little fuzzy. Apparently at some point during all of this craziness and debauchery the bar ran out of LaBatts (No!) and forced us to drink $5 pitchers of Harp and Blue Moon (Oh…Darn). This was the most likely reason for the strange display from ENEMA who broke down in a fit of laughter during the Scooby version of “Swing Low.” Obviously, CALVIN had no choice but to temporarily close the circle while the kennel decided on the names for JUST ROB, JUST STEVE and JUST BRIAN. JUST STEVE keeps his amateur status for now but we now have HOOSIER DADDY and THE PORCELAIN GOD.

LATE ONES (9) – Just Allison, Super Stuf’her, No Penetration, It’s Too Soft, Too Much Head, EZ On The Ass, Mt. Schwiiinga , Batteries Not Included, and Calvin Klein