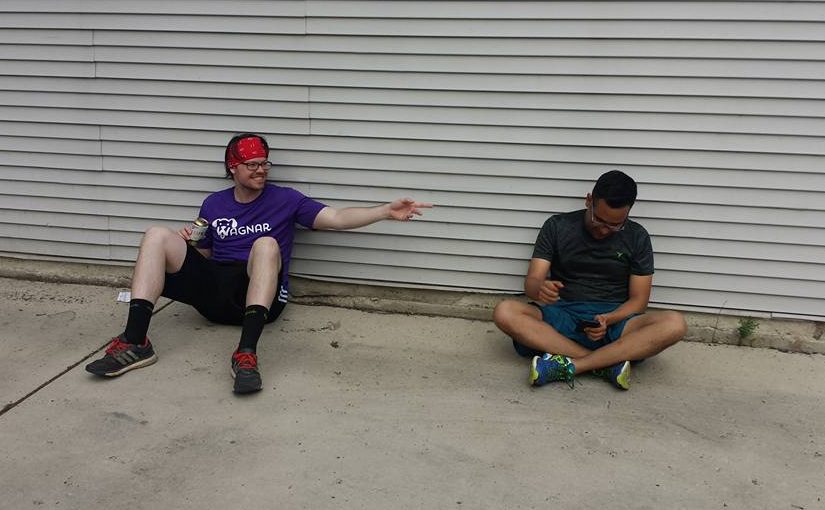 Hare(s): Super Stuff’Her, Batteries Not Included and It’s Too Soft
Venue: The SkyDeck @ Party Central – 933 W. Wolfram, Rooftop
Hash Cash: Still only a mere $8 gets you trail, more beer than you can shake a stick at, and BBQ party at the on-in. Hells bells for that price you’re lucky to get 1-1/2 beers in the Lincoln Park Green Zone on a Saturday…

Even though it’s called a JV Hash it’s being run by another one of the CH3 Varsity team Mismanagement co-captains, It’s Too Soft along with utility infielder, Super Stuff’Her. Here’s a chance to party in the heart of the Lincoln Park Green Zone on a beautiful Saturday afternoon – weather forecast is 85 and Sunny.

A-A from the Party Central Skydeck where we’ll have a keg and hash cash will include BBQ tailgate party after the circle. For those interested after the hash we’ll be heading over to the 24th Annual Taste of Lincoln Ave which is arguably Chicago’s premier Summer street festival, just two blocks straight South from Party Central.

Trail will run by the fest entrance so those wanting to can get hand stamps and pay the $7 early bird admission rather than the $10 prime time after 4pm cost. Headliner bands include:

And as a further bonus if we don’t kill the keg at the hash, there will be a post-festival party along with friends from the fest back at Party Central until we do kill it.

The CHICAGO HASH will be running on the last Saturday of each month in the SUMMER (except August which is a week earlier due to the proximity to Labor Day Hash on Sunday). Many CH3 hashers have said they can not run on Monday nights when we switched so here is your chance to stretch those legs on the weekend.

Environmentally-Friendly Public Transit ?
From Lincoln Park/Lakeview: Red Line to Fullerton, Brown Line to the recently re-opened Diversey stop (woo-hoo!!!), hoof it 1/2 block North up Sheffield and right (East) into the alley before Wolfram. Cross under the L tracks and into the first driveway to your left after the big fenced parking lot next to the tracks. Go up the back porch stairs to the Skydeck.
From Wicker Park/Bucktown: Blue Line to Logan Square. Hoof it a couplea blocks North to Diversey and take the Diversey #76 bus East to Sheffield.

Driving ?
Hop into your hooptie and cruise to Diversey & Sheffield. Side streets are resident zone permit after 6pm so best bet is Sheffield South of Diversey or Diversey West of Sheffield. Many meters in this ’hood are 9pm or Sunday check your meter before parking your precious sled.