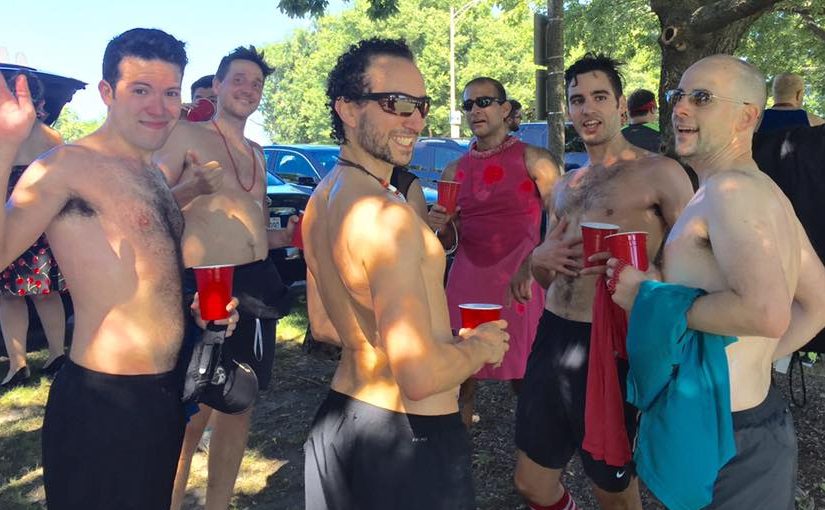 Tradition: In an attempt to protect our Hashing politicians, lawyers, doctors, public servants and other people that may have a position in life that would frown upon Hashing, the Harriers have aliases, usually of debaucherous or humorous nature.

After hashing with a kennel for a undetermined amount of time (this can occur either because a hasher has run a certain number of trails, because a hasher does something particularly stupid at a hash, or because certain damning information about a hasher comes to light), it eventually becomes time for fellow hashers to come up with a name for their newer members. This can occur at somebody’s first hash if they do something particularly memorable, or the process can take years if they’re boring and keep to themselves (if you are an unnamed hasher and you are reading this, it is probably in your best interest to do something stupid and get a name with a story behind it over making us pour over every little detail in your life for a name that you’ll probably hate anyway).

At this time, a hasher is called into the circle and the other members are given the opportunity to ask questions. After the inquisition, a single hasher takes the hasher who is up for naming away (usually somewhere out of earshot) and names are recommended. Once a few names have been suggested, names are paired against each other and the hash votes on which name gets to proceed – this is continued until there is only a single name left, and the hash is then given the option of accepting the name or shelving the naming process for later.

Occasionally an impromptu naming takes place, where an RA or GM suggests a name and the immediate hashers are given an option of weighing in on the name, if there are no strong objections, the hasher is named on the spot without all that needless democratic bullshit.

After a name has been chosen, the hasher is brought back into the circle, given a full beer, and made to sit on his knees. Several of the unused naming options are read off, before it is stated “Henceforth and forever more __________ shall be your home hash and you shall be named _________.” At which point the newly named hasher is baptized in beer by the circle and made to drink their full cup of beer without use of their hands while the following song is sung:

Tried to go to heaven,
But he went the other way.